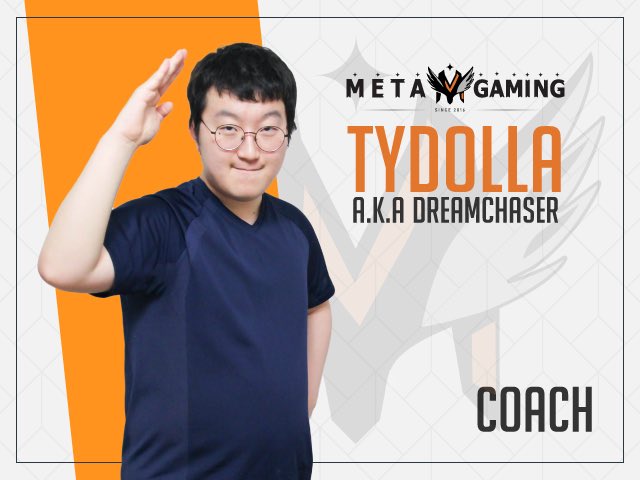 Big news for fans of Meta Gaming as the organization have announced that Seung-min “TyDolla“ Jung will be coaching both Meta Bellum and Meta Athena.

TyDolla, also known as Dreamchaser, has been apart of some of the most respected Overwatch teams in South Korea including ROX Orcas, Afreeca Freecs and most recently MVP Space.