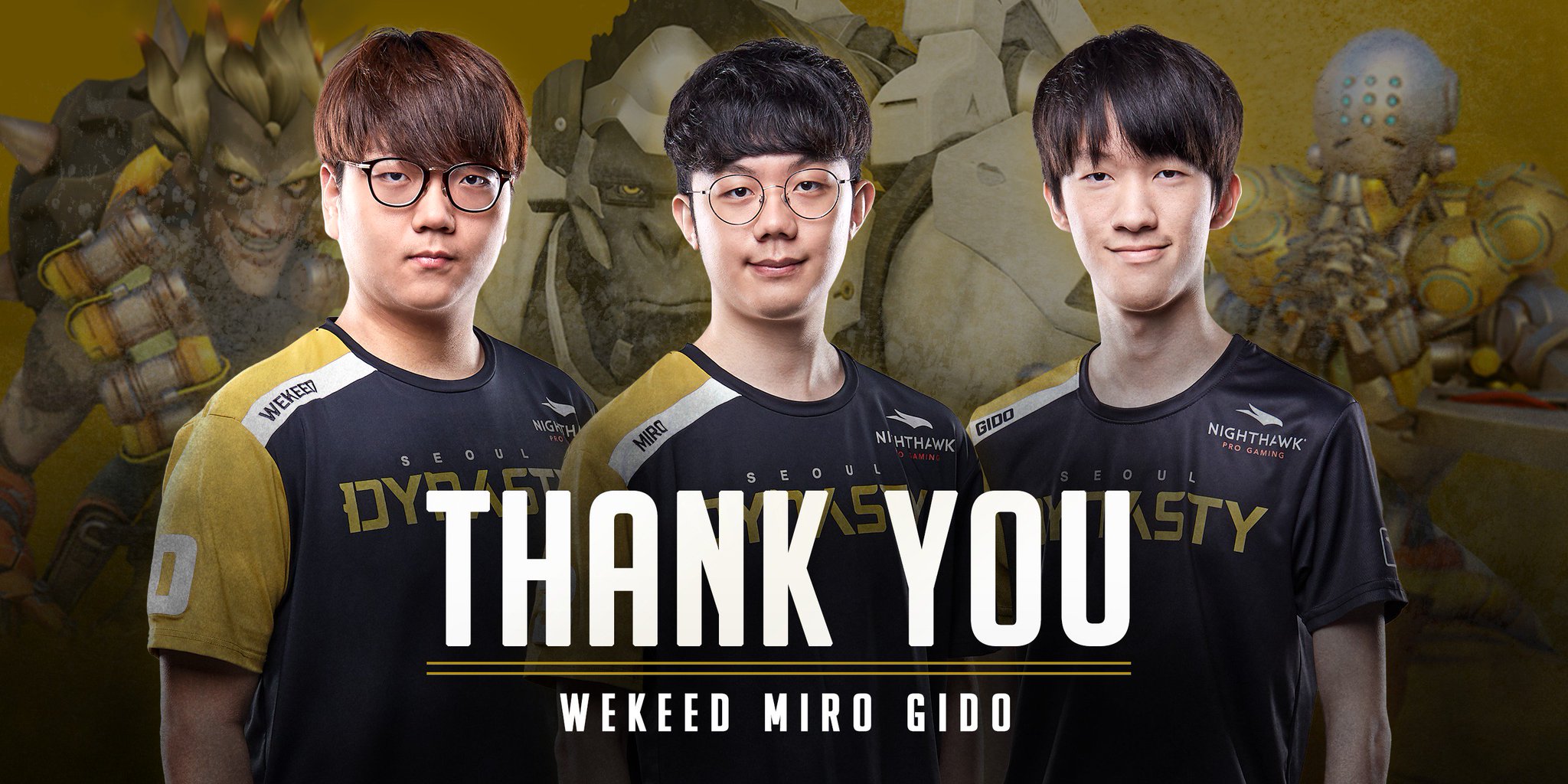 Huge news for fans of the Seoul Dynasty as the organization have announced that Gong ‘Miro’ Jinhyeok, Moon ‘Gido’ Gido, and Choi ‘Wekeed’ Seokwoo have been released from the team.

With all three of these players considered to be some of the best players in their respected roles, it’s highly likely a top team within the Overwatch League of Overwatch Contenders Korea will pick them up.