Rumor: Destiny 2 Expansion II To Be Called "Gods of Mars" (Update: Proven To Be Fake) 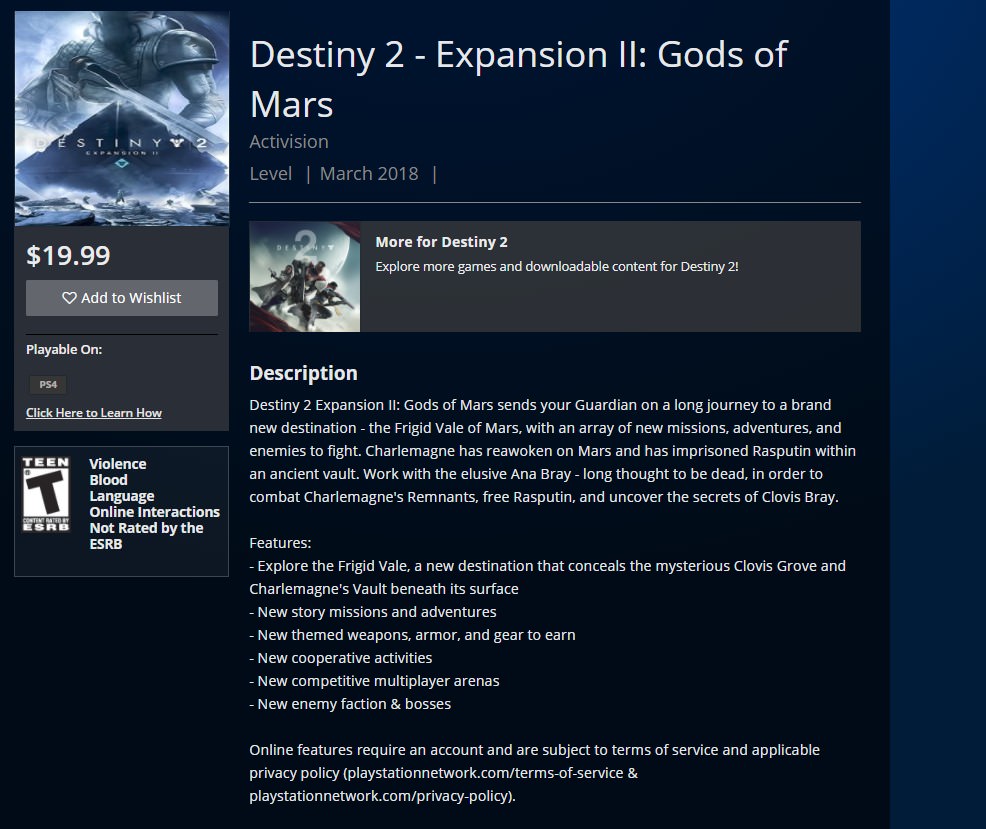 Update: Reddit user Zozot3 took to the Destiny Reddit to point out that after reading the Japanese translation, they have said that the post was fake and noted the following issues…

I’m a Japanese and I would like to point out that those texts don’t make sense because they are translated by such as google translate. PSN store never released an official description which is done by the translation software. I highly doubt this information.

Also, in the Japanese version, SIVA is called ZIVA, but the description said it’s SIVA. Another suspicious.

Third, you can see the word “アクティビジョン”, this is Activision in Japanese. The funny thing is Destiny 1 and 2 are sold by Sony in Japan. Not by Activision. Check other Destiny’s descriptions on the PlayStation Store Japan, then you see “株式会社ソニー・インタラクティブエンタテインメント”. This is SIE in Japanese. Why all of the sudden SIE stepped down and let Activision stands?

I bet this is a fake news.

Edit: Added another suspicious point.
Edit 2: /u/megamanexe4 believes this is a fake. We know the answer now.
Edit 3: Please don’t get me wrong. I am saying the pic of Japanese PS store is fake. I don’t have any opinions about the gods of mars itself.

Original: Rumors are quickly circulating that the next expansion for Destiny 2 will be titled “Gods of Mars.” This comes after a user on Reddit noticed a listing on both the United States and Japanese Playstation Stores.

New features include a campaign, cooperative activities, gear and weapons, and new Crucible arenas.  The expansion will also center around Clovis Bray and the Warminds.

Please keep in mind that Bungie have yet to make an official announcement.