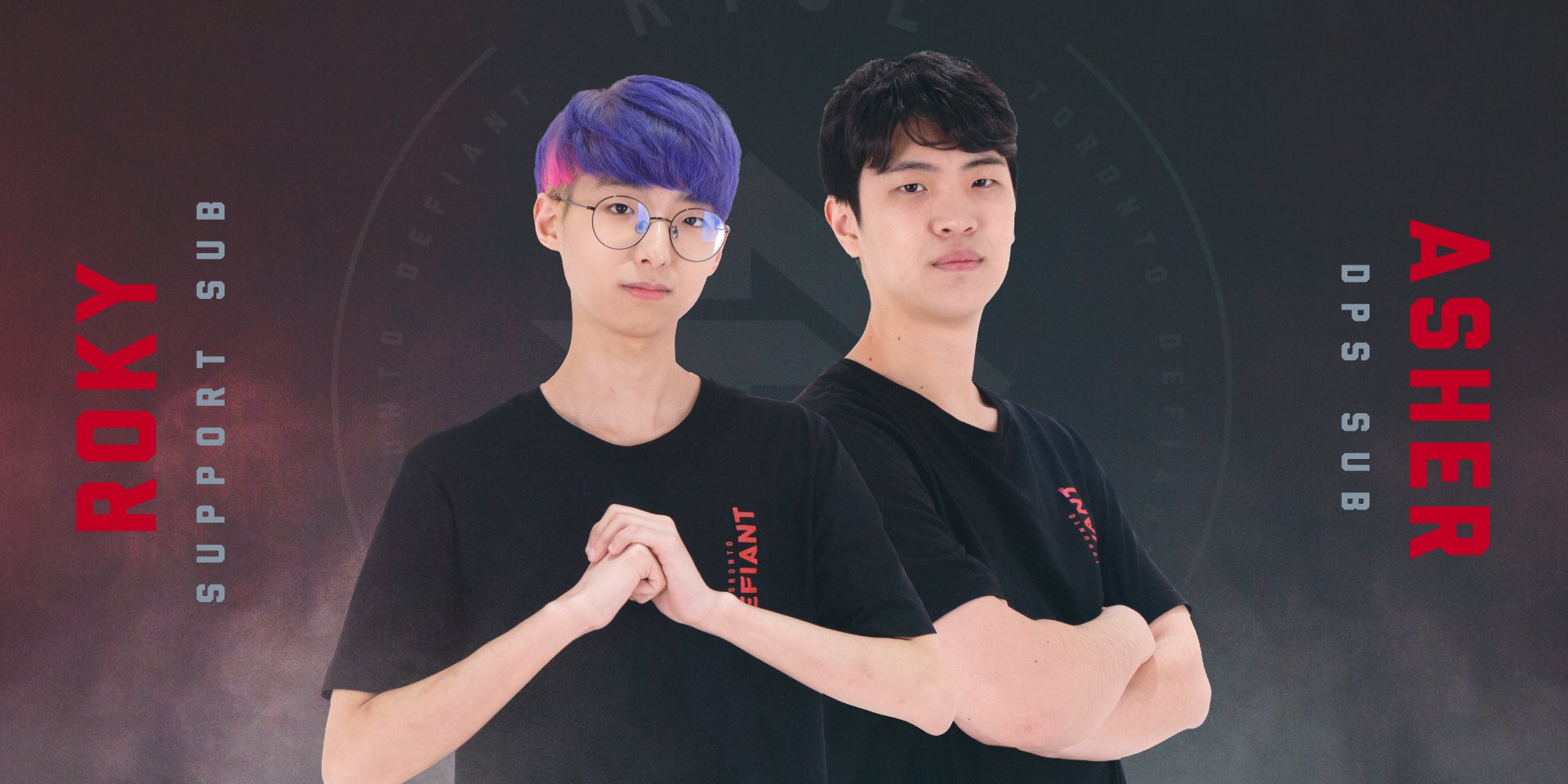 The Toronto Defiant have announced that Joon-seong “Asher“ Choi and Joo-seong “RoKy“ Park have joined the organization as sub players.

RoKy is one of the many new signings who previously played for X6-Gaming and just spent the last week playing for O2 Team in Overwatch Cotenders Korea. Asher has been a free agent for the past three months after spending nearly a year in the Overwatch League playing for Los Angeles Gladiators.