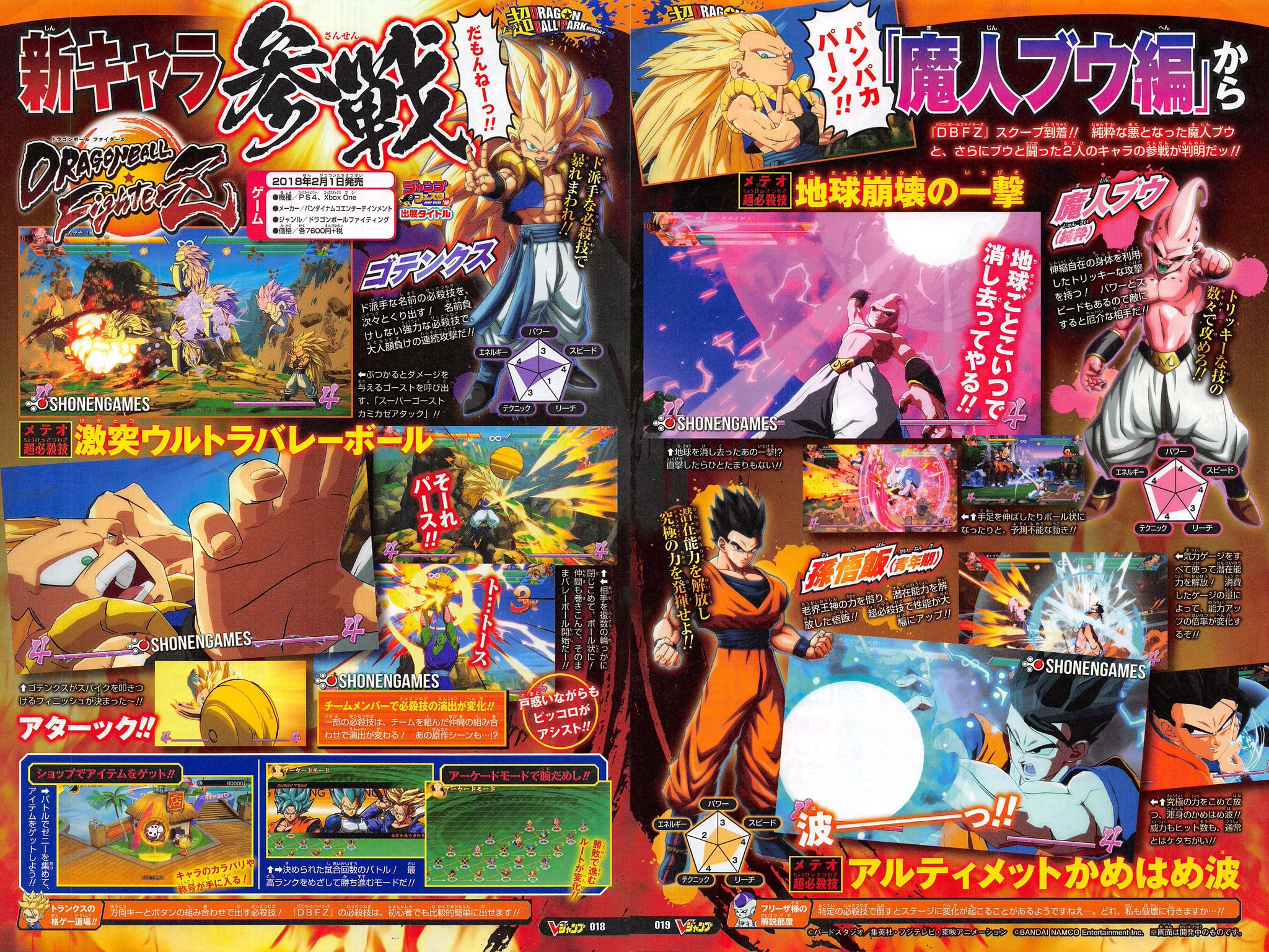 The latest issue of Weekly Famitsu in Japan has revealed that Kid Buu, Gotenks, and adult Gohan have been added to the roster of Dragon Ball FighterZ.

The issue also revealed that the game will include an Arcade Mode which lets you participate in a predetermined number of fights and will change routes depending on whether you win or loss. The game will also feature a Shop where players will be able to purchase character color variations and titles by spending the Zeni earned in battle.

Dragon Ball FighterZ releases in North America and Europe on January 26 for PC, Xbox One, and Playstation 4