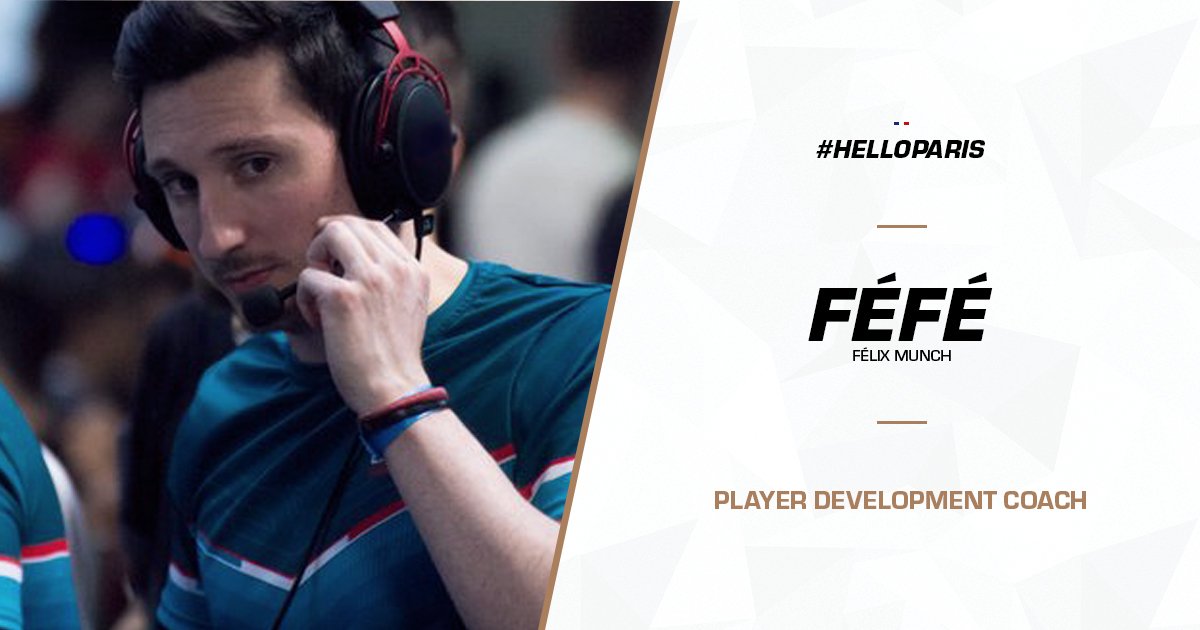 The Paris Overwatch League are making a big statement as the organization have announced they have signed Félix “Féfé” Münch as their Player Development Coach.

Féfé has made a huge statement in Europe as he most recently coached French powerhouse Eagle Gaming who went on to defeat the Angry Titans to win Overwatch Contenders Season 2 Europe.