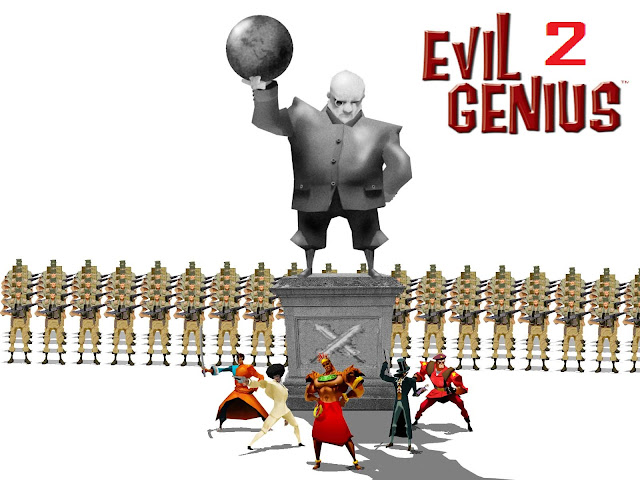 Rebellion have officially announced they are developing a sequel to Evil Genius simply titled Evil Genius 2. Evil Genius 2 will be made using the Asura Engine and won’t be free-to-play.

This will be the first real-time strategy game developed with the Asura and needed a bit of work before the company decides to expand the development team. The company also revealed why it took so long to develop the sequel by stating..

“Firstly, we were in the middle of a big transition into becoming our own publisher and we needed to put resources into the projects that became Zombie Army Trilogy, Battlezone on PSVR and Sniper Elite 3 & 4.

Secondly, we decided crowd-funding wasn’t the way we wanted to go. After the growing success of the Sniper Elite series and other Rebellion games IP, we started to feel it wasn’t fair to ask fans to fund a new game if we didn’t need them to! With some big projects now out the door and being enjoyed by gamers worldwide, we feel like now is the time to return to the world of Evil Genius.

So yes, it’s taken us some time to get to this point. But today we are in a position where we can happily say Evil Genius 2 is an actual thing we’re actually coding, designing and er… arting, right now!”

In this article:Evil Genius 2, PC, Rebellion