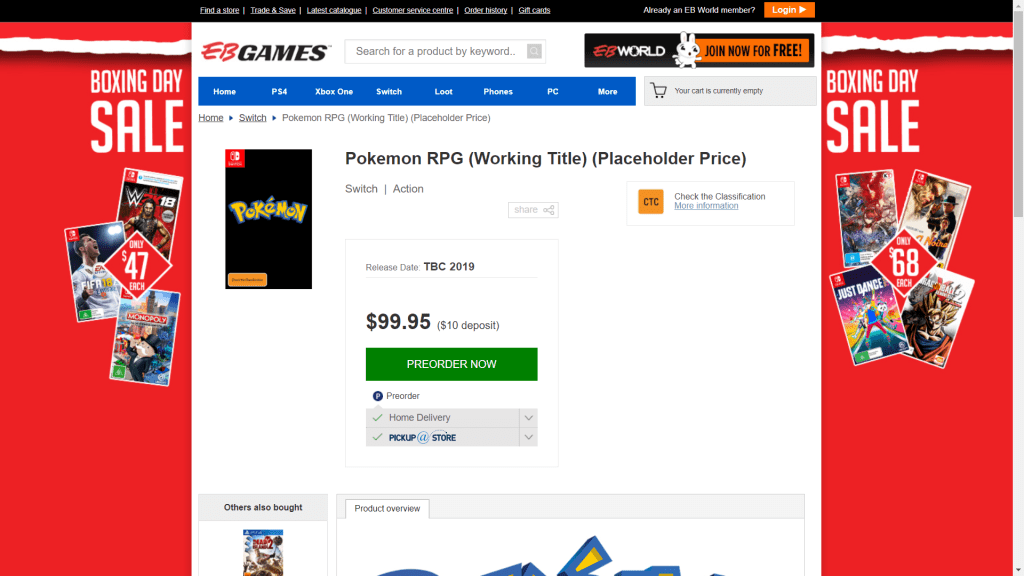 EB Games in Australia have placed a listing for a Pokemon RPG on Nintendo Switch. The game is listed as an Action game with a release in 2019.

A Pokemon game for the Switch was revealed during E3 2017, but mentioned that it would be a while before we saw its release. Some fans have even gone as far as to guess that the game will be the rumored Pokemon Stars.