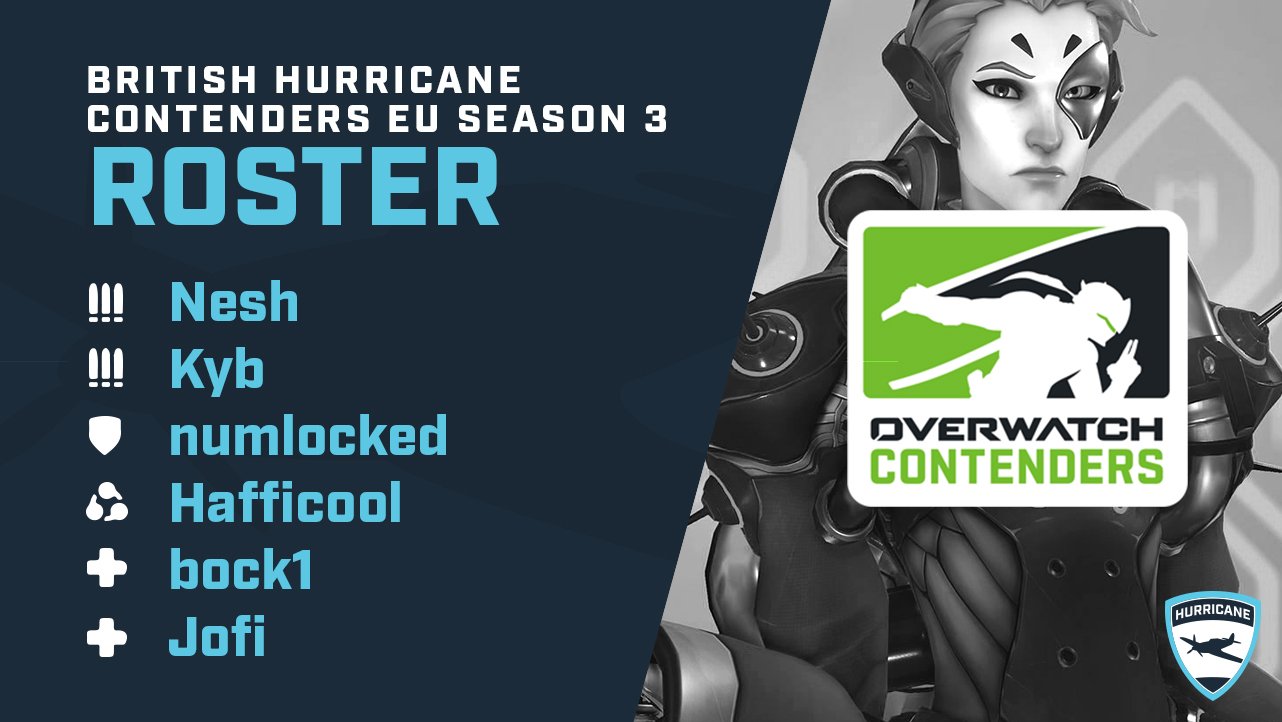 The London Spitfire’s academy team British Hurricane has announced their roster for the upcoming season of Overwatch Contenders EU. This announcement reveals that both Michael “MikeyA“ Adams and Ryan “CrusaDe“ van Wegen have left the organization and in their place is Joni “Jofi“ Ilves and Seb “numlocked“ Barton.

Season 3 of Overwatch Contenders EU has not received a start date.